Space Invaders plays like this: you, the player, are a small shooting thing on the ground that shoots upward. Rows of “space invaders” come downward to attack you at increasing speed. It is your job to kill them all. In a nutshell, that is it.

The Atari 2600 Space Invaders has decent graphics and plays well. As expected, when compared to the arcade version, it doesn’t look so great. But it is still a ton of fun! 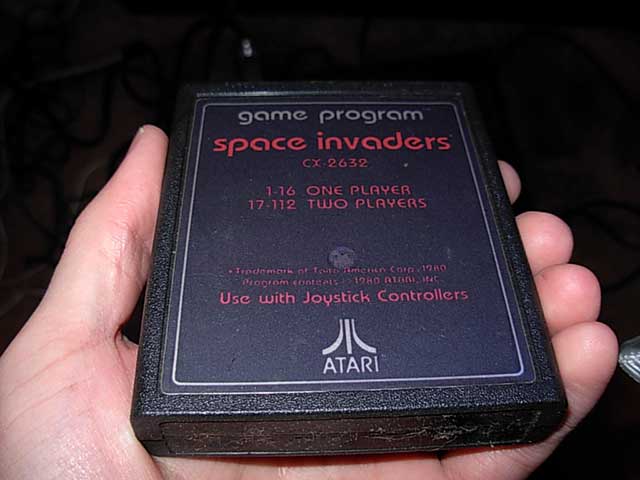 When you consider that Space Invaders was among the first games to make it popular to achieve a high score, its legacy is monumental. The history of the Space Invaders game alone makes it worth owning just to play it

(affiliate link) over and over. So dig up that dusty Atari 2600 (mine has mold on it….seriously) and marry it to it’s long lost love: Space Invaders. Do it! Do it now!!