If you had seen the Frogger episode of Seinfeld, you may be curious about the game, and probably has made you want to play Frogger. The original Frogger was an arcade game from the 80s, but it has been ported to countless consoles and computers, including the Atari 2600.

The Frogger game is incredibly fun and addicting. Frogger Atari 2600 is very close to the arcade version in game play. The character is a frog. The objective is to cross the highway, and river, in one piece. You must do this five times to complete the level. The highway has trucks and cars waiting to flatten you. Down the river, logs and lily pads vary in pattern, making it difficult to time your jumps onto them. In some versions, there is also a time limit.

If you have ever played the Frogger game, you know how much fun it can be. Referring to the Frogger Atari 2600 version, the graphics and sound effects are very simple. There is a fun little tune before the level begins. Frogger for the Atari 2600 is also two players. The Frogger cartridge and box has a drawing of a frog leaping away from an alligator. As usual, it always looks far more dramatic than the gameplay itself.

Want to play Frogger? Who can blame you? Certainly not George Costanza. You can easily buy

(affiliate link) the Frogger Atari 2600 version of the game on Amazon cheap. 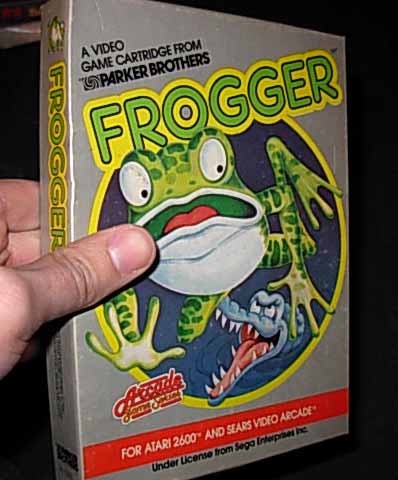 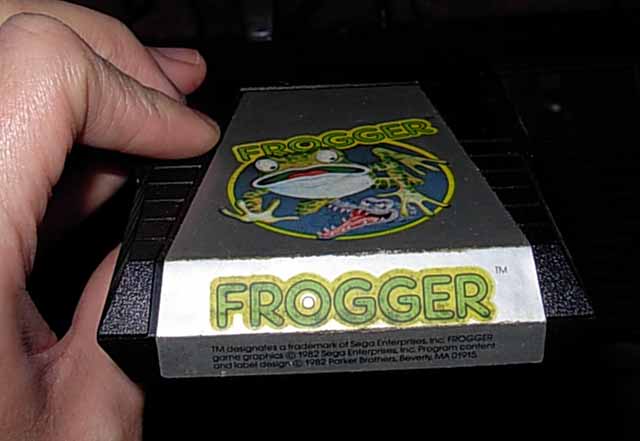 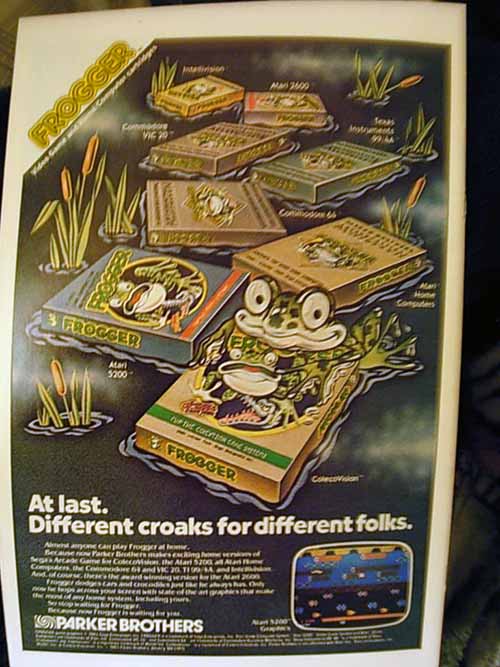