Played some bad games lately? No you haven’t. Not ’till you’ve seen some of the garbage the Atai 2600 had. And I don’t mean ET. There were far worse games. Think of the worst fighting game you’ve ever played. Picture it in your mind. Because I am going to show you one even worse. It is the Karate game on the Atari 2600.

The game Karate was made by Froggo games and had an awesome rendition of a guy kicking into the air. Now imagine as a kid, you beg your parents to buy this game because it has this cool cover: 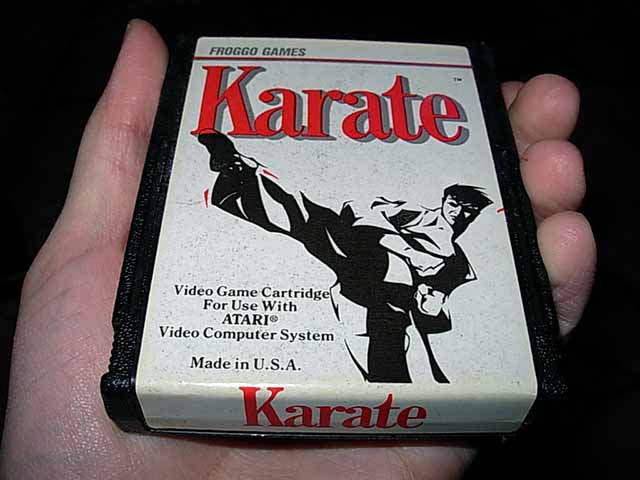 AWESOME!! You can’t wait to play it!! And then you turn it on and see this: 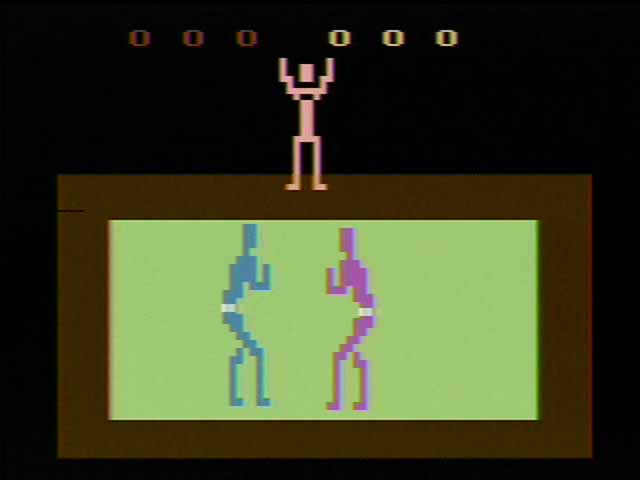 “What the f**k is this sh*t?!” is what you utter in disappointment. And then your parents save the day by punishing you for cussing and take the game away from you.

The Karate game has AI, which is the only interesting thing about it. There is no music and barely any sound effects. I like to think of it as what Street Fighter would have been on the Atari. I mean, if you couldn’t jump or do anything cool in Street Fighter. As far as I can tell, there are two things you can do in this game: punch and kick. The Atari only had one button, so I guess being able to do more than one move is already a thing to take for granted.

This Karate game is a great practical joke to play on someone. “Hey, check out this awesome game I just bought! Want to play?” And then record their reaction and put it on Youtube. “This can’t be a real game”, they’d say. Oh, but it is my good friend, it is. So get yourself an Atari 2600 and start collecting “gems” like this one.