During the 80s, there were all kinds of Kool-Aid man stuff. I had mentioned before that there is a Kool-Aid Man comic book. But that wasn’t the only attempt to get children interested in colored sugar-water. There was also a Kool-Aid Man video game or the Atari 2600.

The game was simple, as many Atari 2600 games were. Basically, you play Kool-Aid man and you have to attack all the “Thirsties” before they drink all the Kool-Aid at the bottom of the screen. If a Thristie knocks into you, you bounce around the screen, which is annoying as hell. If you touch a special symbol, you turn big and nothing can hurt you for a short amount of time.

That is basically it. The Kool-Aid Man Atari game was pure product advertising. Never had I seen such shameless advertising before. I can’t decide if it was evil or brilliant. 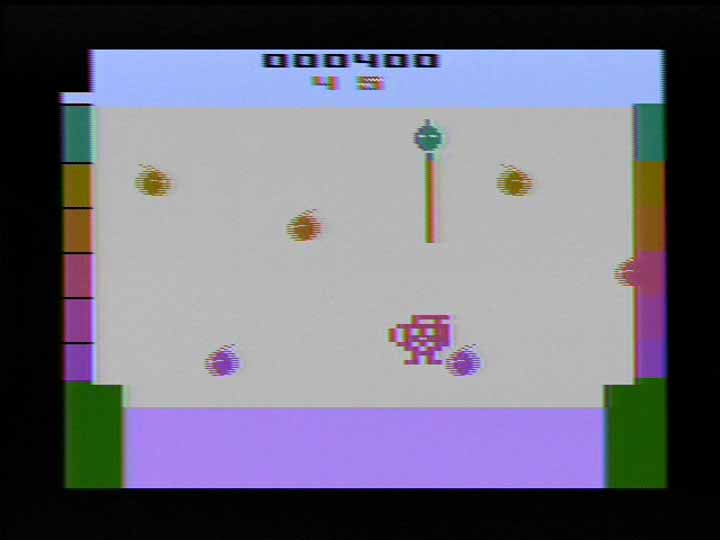 The Kool-Aid man has been made a hot collectable, due to all the crap that was put out with his face on it. This Atari game is no different. He doesn’t say his slogan “OH YEAH!” in this game though, but he does crash through a wall for no reason when the game starts. Definetly play it

(affiliate link) if you ever have the opportunity. Nothing beats playing it on a real Atari, so get a cheap used copy if you can.