Since I recently found a gigantic box of old video games in my basement, I decided that I am going to talk about the Phoenix Atari 2600 game. This is the supposed first arcade game ever to have a boss battle. It took me several tries to get there, but it turns out it’s just some crappy space ship where you have to shoot the alien by breaking down the hull. It’s also one of the first arcade games to be in full color!! I mean, all the other games I’ve come across had color too, but… um… full color!!

Even before discovering the history of the Phoenix game, I found it to be pretty good. Now why does “pretty good” matter? Because nine out of ten Atari 2600 games belong in the garbage. I feel really, really bad for the people who had to buy Atari games brand new. You think some recent video games are bad? You have no idea what bad is until you’ve seen some “games” that exist for the Atari 2600. But Phoenix is not one of those games.

Like many others, the premise is basically a tiny space ship (or something) that shoots a line at other moving things. But the speed and challenge makes it stick out and worth owning

. (affiliate link) If you come across it, it belongs in your stack of games. You can throw out Asteroids to make room; you weren’t going to play it again anyway, were you? 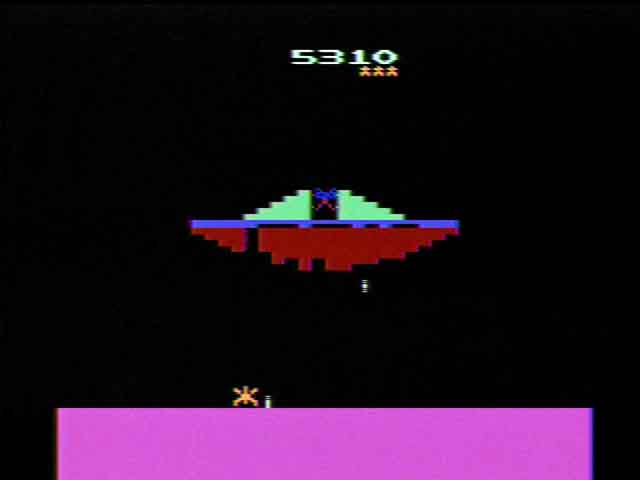 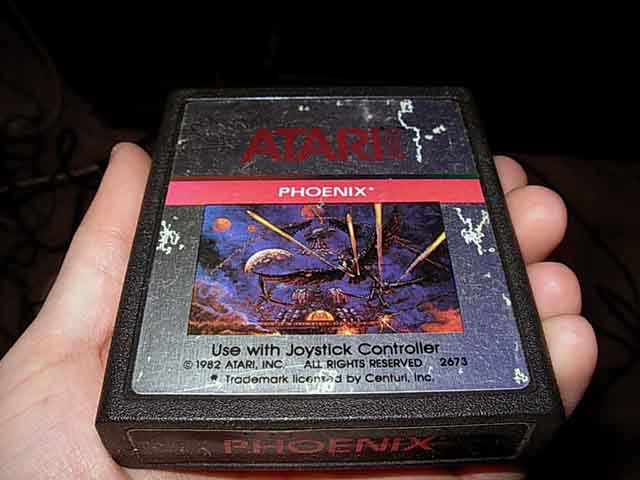