If you have (or had) an Atari 2600, then you know that it can be a love-hate relationship. The good news was that you had a ton of games to choose from. The bad news was that most of them weren’t fun. Due to low memory and storage in the cartridges, The graphics were less than stellar. However, this usually made games focus more on game play itself, rather than on graphics. It also meant coming up with clever ways to make a game long-lasting. One such game is the Enduro Atari 2600 game.

The Enduro Atari 2600 game is easily the best racing game on the console. Enduro had cars that resembled bugs more than a muscle car. Even so, the graphics were more than acceptable in other ways. There is an altering landscape, and a constantly winding road. There is some great engine and skidding sound effects as well.

But what really makes Enduro a gem is the day-night system. Enduro on the Atari 2600 goes from daylight to complete darkness, where all you can see are the back lights of other cars. When you consider this along with the effective illusion of traveling on a road at high speed with the roar of an engine, the game is very effective in making you feel as if you are really racing a car.

Activision made the Enduro Atari 2600 game. Although the popular game developer hasn’t had the best reputation over the years, the Atari era made them kings. The best quality Atari games were made by Activision, hands down. If you would like to play Enduro, it is not hard to find Atari games, and they are usually very cheap. 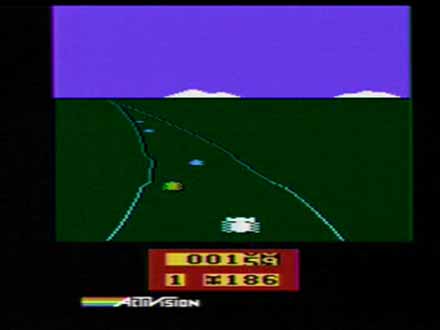 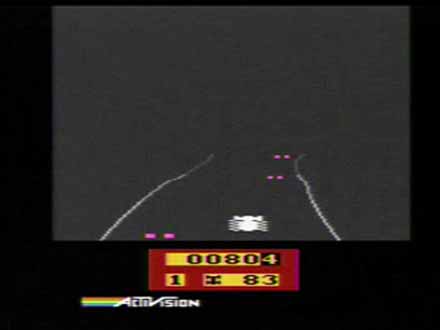 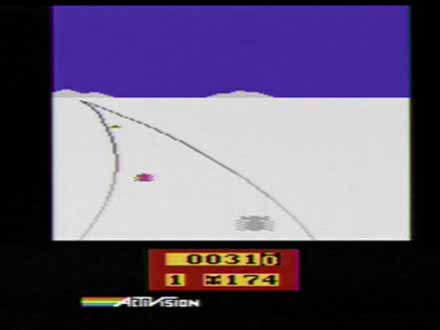