One day I was watching a video demonstration by Frank Cho who explained how he adapted his cross-hatching pen technique from the Italian “master” Paolo Serpieri, author of Drunna. I have never heard of this artist but if he was good enough to influence Frank Cho, I figured I would research Serpieri as well.

It turns out that Serpieri is not just a master, but rather an absolute master of the human body’s form. His ability is not limited to only people, but to monsters and environments as well. Pretty much anything from his imagination, he can put on paper. Paolo Serpieri clearly prefers to work in pencil, and throughout his Druuna series, he uses colored pencils as well.

Clearly, he is known best for his stories published by Heavy Metal of Druuna. Serpieri masterfully tells the story of a voluptuous young woman as she navigates a science fiction world of mutants. It is something like 8 volumes, which must have been a massive feat to accomplish. As implied earlier, it is absolutely masterfully executed with every living being seeming absolutely real. It is also absolutely sexual, with constant intercourse throughout. The drawings are so detailed that as a hand grabs Druuna’s big ass, you can see the curves and indentations that imply the pressure of the fingers pressing against it. As the scenario involves a plague-infested mutated environment, working in this much sex into such a disgusting story must have been challenging. 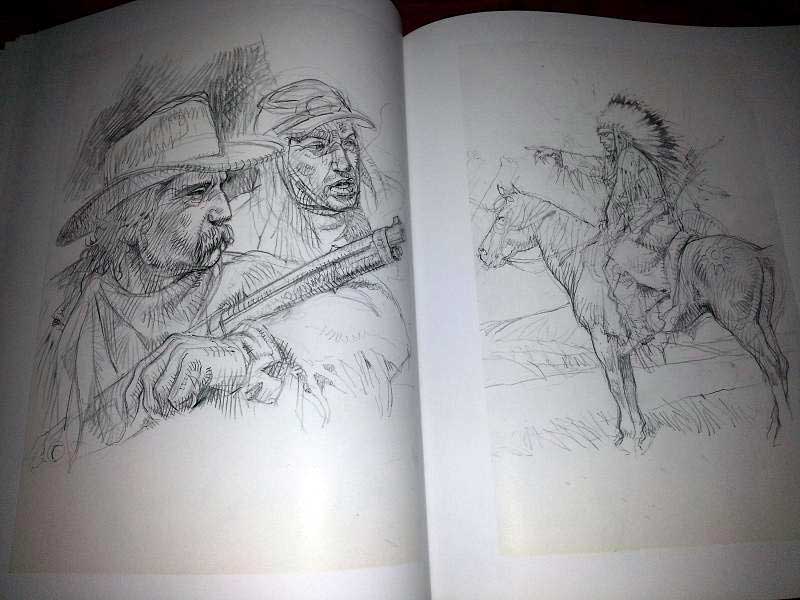 are no different. It is filled with monsters and pornographic images. It was hard for me to even find clean photos to show you examples. Druuna is one heck of a comic book series, if you can even call it a comic book. It is more like a series of graphic novels, and definitely not for children. The first volume (Morbus Gravis) is not too graphic, but the following go as far as to show full penetration. If you are able to tolerate the awkward combination of both beauty and disgust combined in only a way Paolo Serpieri could pull off, give it a read for sure.