When you create a movie targeted toward teens, it makes to promote it through things teens will also encounter, such as cereal or soda. That is what Dr Pepper did for the film Batman V Superman: Dawn of Justice. Just download an app on your phone that will steal all of your personal information, and in exchange you will get a digital comic book related to an upcoming movie. Sounds fair, no?

Through Dr Pepper spawned access to four prequel comics for the popular movie. The only problem is that all five issues contain nearly zero information about anything, and are mostly just a bunch of talking heads. They provide little to no insight about the movie or plot of the film. This is a darn shame, since Dawn of Justice has holes even bigger than the one Alice fell into chasing after the rabbit. 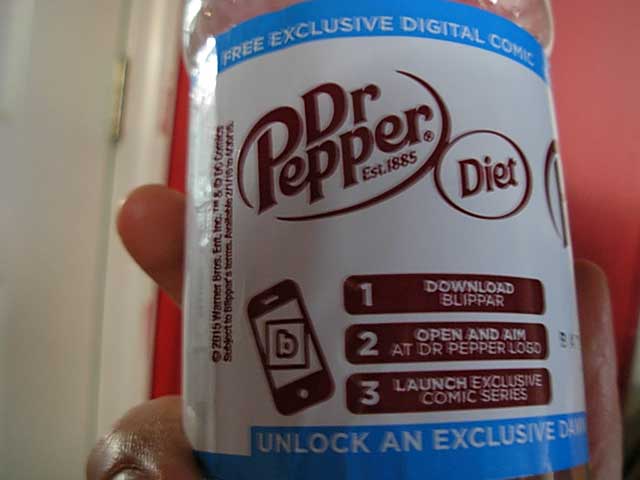 The first issue has Batman beating up some bad guys, and discusses how Batman has gotten more brutal over the years. It ends with Lex Luthor watching him on video cameras. This issue was entertaining at least, but still provided little information in relation to the film.

The second issue has Lois Lane busting a man who sold Kryptonian technology on the black market, thus forced to sell his company to Lex Luthor. At the beginning, we see Lois and Clark talking at the Daily Planet, obviously in a relationship and with Lois aware of his secret identity. All of these things add nothing to the film, which are apparent immediately to anyone watching it.

The third issue just has Senator Finch discussing the hypothetical scenario of whether Superman will ever go berserk with his colleagues. If you think a bunch of people sitting around a board room talking to each other sounds incredibly boring and a dumb subject for a comic book, then you know exactly how I felt about it.

The fourth issue starts with Superman saving a runaway train, then jumps to some more people discussing whether Superman will ever interfere with politics and start a war. Again, we see Lex Luthor ease dropping on the last page, same as in the first issue. There are also two pages that utilize the continuing and annoying trend of copy-and-paste panels. Even the artist could not drum up any excitement from three talking heads, I guess.

The fifth issue features Lex Luthor (again) as he decides to rebuild Lexcorp Tower. Reporters then grill him for taking advantage of the real estate prices in a destroyed city, and he discusses how he feels about Superman. So in other words, more talking heads. He also reveals that he has been spying on Superman, just like how he has been for everyone else.

For the most part, these Dawn of Justice prequels from Dr Pepper are useless and boring. I feel like they exist soley to drum artifical curiosity for the film, yet provides nothing substantial. This is a shame, since they could have gone so much deeper than they did. Oh well.