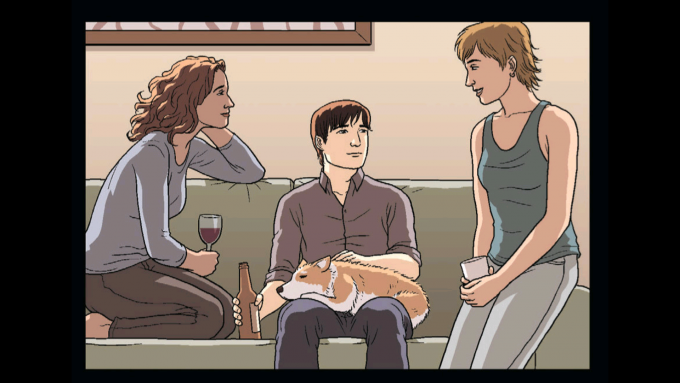 ? (affiliate link) You get the Alex and Ada comic, an unusual story that I had the pleasure of reading this past weekend. From Author Jonathan Luna comes a stylistic tale about androids, implants and more.

The story of the Alex and Ada comic consists of a future where implants and androids are common. As you might imagine, androids (machines that mimic people) are used to both serve and to pleasure. The main character, Alex, is suspicious about android technology, but when his grandma intervenes, his opinion changes…

Alex and Ada is amazing. Besides the futuristic feel due to the computerized artwork that makes this comic look great, the story is wonderful. Similar stories are sometimes and dark and gritty. This one stays more positive and fun, making it a great read.

Due to its art style and theme, the Alex and Ada comic also has simularities to the Animatrix, an animated movie collection that tells the story of machines that used to serve man kind now seeking to extinguish them. The focus with Alex and Ada is more about Androids, however, and not just with machines. I would recommend, absolutely and definitely, that you should check this comic out.