From the very hint of a possible Fantastic Four movie that I read in Wizard magazine, I decided that comic book movie adaptations were more important to me than studying fourth grade math. Little did I know that the movie I was reading about in 1994 would never see the light of day until 2005 (actually it was technically a different movie, but that is a story for another day). By the time it was released, I was midway through college and still happened to suck at math.

The movie stars Jessica Alba as the (pretty) Invisible Girl, Chris Evans as pretty-boy Human Torch, and Ioan Gruffudd as Mr Fantastic (not so pretty, however). Michael Chiklis also appears as The Thing, a whiny rock-like character that must be a refreshing change from playing a whiny cop in The Shield television show.

As an avid comic collector as a child, the notion of a potential Fantastic Four movie gave me a hard-on. Unfortunately, the only moment during the 2005 film when this happened again was the scene when Jessica Alba was standing in her underwear in public. In the movie’s sequel, Jessica Alba was instead naked in public. I guess she does not read her scripts. We can all thank her agent for that. 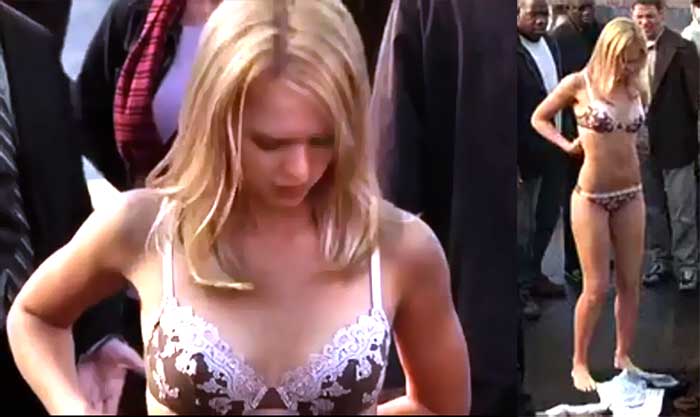 I would be lying if I said the Fantastic Four movie was… fantastic… because it is not. The ending battle in particular is incredibly stupid. However the all-star cast and faithful adaptation of characters makes it worth seeing. And of course it is entertaining as well. For the comic book fan that has everything, consider getting them this movie (affiliate link) For one, it is a heck of a lot better than that 2015 version with a terrible script, cast, and execution. But who knows? Maybe some day someone will actually make a great Fantastic Four movie.

How Old was Tobey Maguire in Spider-Man?

Kingpin: Into The Spider-Verse