If you had never heard of Joseph Michael Linsner, perhaps you had heard of his comic character Dawn. Since first appearing in Cry For Dawn issue 1, Linsner has been busy for a while. So how does this artist think?

Wondering just that, I decided to seek out the elusive short film Cry for Dawn: The Documentary. (affiliate link) Created in 1992, the VHS tape was advertised in the back of these early magazines. The documentary shows Joseph Michael Linsner’s sketchbook, magazine contributors, and an advertisement for the magazine itself. More important than that, though, are the thoughts of an artist.

I like to think that Joseph Michael Linsner has matured since the 1992 Cry For Dawn documentary. I say this because he comes off as a total douche bag. He reminds me of myself, and many others at a young age: a strong ego, sense of pride, and the “nothing can stop you” feeling. The truth is, he did have a lot to be proud of: his own company, fan base, and talent had driven him to cult status. Now he had professionals working with him along with promotional tactics. A comic convention is one of the many locations that this documentary takes place at.

Joseph Michael Linsner sites The Sex Pistols as being an influence in his life. The writer and artist also expresses how the comic gave him the freedom to be his own boss, and to publish anything that he felt was appropriate… regardless whether or not others felt the same way. At one point, someone points out that perhaps Dawn spawned out of Linsner’s fascination of the female form. He responds by wryly stating, “Well isn’t that the way all male-female relationships work?” 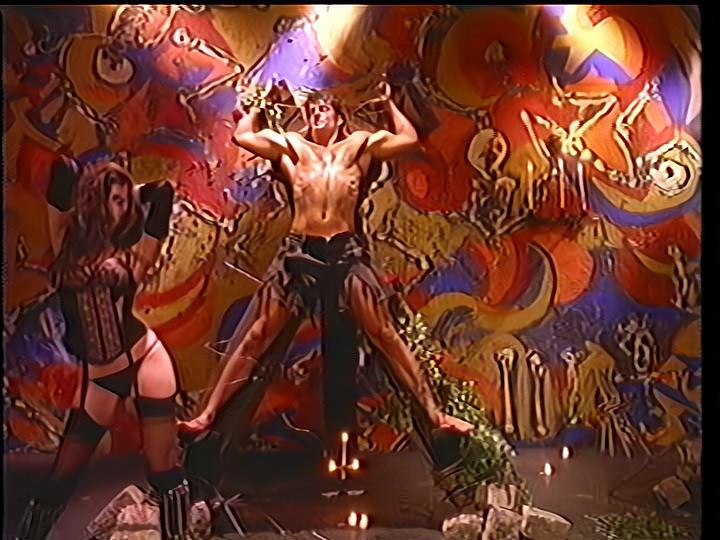 If you did not have to pay buckets of money, I would say that you should check out Cry For Dawn. If you are curious about the documentary, keep in mind that although it is a cool collectable, the film is only 30 minutes long.

Fan of Dawn, or Joseph Michael Linsner? Leave your thoughts below.